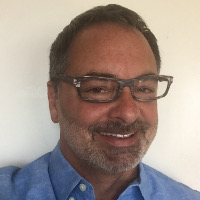 Dan Phillips is a speech pathologist/assistive technology specialist and the founder and director of the Tech Resource Center Marin, a technology center that serves the assistive technology needs of over 4,000 students from the ages of newborn to 22 in Marin County, California.  Having previously won state-level highest honors for his work in the field of Speech Pathology, he was runner-up for Teacher of the Year for the state of California in 2016 and was awarded Outstanding Tech Director from the Edvocate Tech Awards for 2017.

He is a co-founder of the Nika Project, starting this organization in 2013 in South Africa. He lectures both nationally and internationally and has been an invited speaker in Australia, South Africa, Poland, Brazil, Portugal, the UK and Dubai.